Hey Everyone!
I know it has been FOREVER since I wrote an actual update 🙁 I just had HORRIBLE winter blues this year- the crazy thing is that they didn’t start until late January, and  honestly I think it was one of the roughest bouts of the winter blues that I EVER had!  We had so many dreary and rainy days, that I swear at some points I was like one dreary /rainy day away from just totally loosing it! I honestly had a couple of times I just had melt downs, but I managed to bounce back, and thankfully I am back to “normal” now- and I’ve been doing super good for about 2 weeks or so!

I was also super glad that I still managed to drag myself out of the bed every day- that little Marley – I am telling you some times if it wasn’t for her (having to take her out) I don’t think I would have even been up, but I am super glad to have her even more for that reason! I also still managed to do day to day little things like dishes and clothes, cooking and making the bed. It was just anything beyond that, but it is OK.. .I’ll more than make up for it now that things are looking better!

One crazy thing, is I honestly thought we were going to have to move , even though we had really planned to NOT do that this go around ( when the lease would be signed again- which I don’t even know exactly when that is – i just know its later on!) I mean we have lived here 7 years almost ( like within a few weeks) – anyways, they had came up with all these random little BS projects that they were going to do that were just STUPID and I don’t know- I just am NOT feeling them coming in here to update cabinets? I mean why would that be important? especially with COVID and I see them all the time going in and out of apartments with no masks and what not!  I figured we were going to have to start looking into movers, because I know that we are sick of moving our own stuff when it is that kind of time, but we just finally figured that if it comes up , we might be able to just detour them ? Meh!

I know that with the stimulus money that we have gotten, we have done some super random things, some of it is tucked away, we also got a new washer dryer last year with the original one, and then we used some of it to get a new to us car! I guess I just can’t see buying something that I would consider “frivolus” which with my cheap self could be almost anything 😉 I know that earrings like you would find on this website , would def not be something I could consider with that type of nature!

You know, luckily during COVID we haven’t had too many random crazy trips to the dr or anything like that – I ain’t saying we haven’t had some crazy things go down, because we have- Last summer I had my eye trouble that I had to go to the eye DR at 5 a/m on a Sunday morning- and then 2 weeks later the other eye did the same thing!  Oh, and then David had that crazy panic attack where I had to call 911 and then we dealt with a lot of that during the entire spring & summer 🙁 but- as a general rule things have been pretty mellow. I don’t even think that my mom has had to worry about any of the service that are on this website -and she generally always has something going on with her feet!

Well, I hope to get back into blogging soon- but even if I don’t I’m always around 🙂 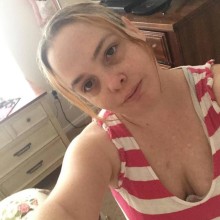